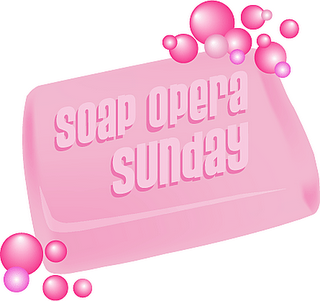 The past week has been enough to last a lifetime.  I really do not have the time to write up on my blog, as over the past seven years I have been working 2-3 jobs, 360 or so days a year.  Not the point, though.  This morning, as I tend to do every morning, I quickly read through the news headlines, ciphering through encoded politicians messages, sarcastic journalists remarks and I fell upon an article about the furious husband of a journalist who felt insulted by a politicians remark on her show.  Reading on, I realised that the politician is married into a right wing political family - in fact she is married to the grandson of Mr Mitsotakis, one of the prime culprits of us being where we are now.  Anyway, as I am rarely in front of a TV, I seemed to have missed that episode of the Greek crisis.  I chuckled a little and went on to read another article.  It was a mini article on which celebrities have publicly signed petitions on what they will be voting on Sunday.  Another chuckle as I browsed through the names of the Yes voters.


It suddenly hit me that as I was going through articles, in English, in Greek, in German, in whatever language, I went back in time to my childhood days.  Soap operas were the thing then, and, I can still remember not wanting to miss an episode, feeling lost if I had.  It's a bit like that I thought.  Then, I recalled the characters of the shows - great business moguls with their eccentric families made up of alcoholics, drug addicts, criminals, great looking mistresses in mini skirts and high heels and under dressed wives with a plan of revenge.  The handsome bad guy, who you always wanted to hate, but he was just too cute and clever that you never could (OK - no Greek politician has got that role yet).  The great empires that were hanging on a string due to corruption, lies, blackmail.  The pretty little girls that attracted the pretty little boys.  The poor guy, the crusader,  working his way to the top, battling against wealth and power.  Bearing his cross and going forward.  A David in a world full of Goliaths.  Then it dawned on me - I am actually living in a real-life soap opera.  An eerie feeling came over me - maybe this is not real life.  Perhaps this is all a facade, a "Truman Show", and if I get into a boat I will reach a wall with a door that will take me out into the true world, the real world and the cameras will be on me when I realise that I was living a lie.

Unfortunately though, reality hits and I am suddenly aware of the fact that this is real life.  It is a soap-opera version of real-life.  The characters are not characters.  Neither are they people, because people, in fact, learn- from their mistakes or otherwise.  They are puppets, their strings are pulled and they just follow their course.  Some remind you of characters from war movies, brainwashed into what they say.  I also realise that I would never be able to be a politician.  I was never a good actress - a good singer maybe, but never a good actress.  Everything I feel shows through my eyes, and I know that my eyes well up at the smallest proof of injustice or abuse.

I have lived in Greece for 20 years now.  Never have I felt that I have lived in a fair, uncorrupted society.  Never have I felt secure, either in my job or in my life.  Never have I felt that I fit in.  However, I live here, and I wake up each day doing things to make this the country it should be.  It is a democracy, and for the first time, a leader wants to make a democratic decision.  That, if anything, has to be supported.  The poor guy, the crusader wants to make a statement, so I believe it is my duty to help him make that statement.  Yes, it is definitely the wrong time of year to be making that statement, it is definitely a strong statement, and in this world of Goliaths he is definitely a David.  But, in this world gone wrong, I would like to place my bets on that David, because like me, he has nothing and everything to lose.

Dynasty, Dallas, Coronation Street, Eastenders take a back seat because Greece is just about to premiere.
Posted by Gia at 9:33 AM 46 comments: